The campus of our school in Buchanan was the scene of celebrations, games and interactions on Saturday, April 15, 2017, when some Swedish guests who had come to see the kids visited the school.

Everyone connected with the school was elated. Although their visit occurred during the Easter Holiday, the kids, staff, parents and guardians, as well as excited residents of the community, thronged the campus to welcome and interact with the guests.

Kids interacting with the guests

The visitors, six in all, included the school’s Swedish Contact Person, Lena Thorne Marner (who was also the head of the delegation), Lotten Zetterstrom, Annaklara Zetterstrom, Frida Abrahamsson, Per Glimantsi, and Minna Brenner.

Kids playing games with the visitors

Not only did they bring toys, foot wear, clothes, school supplies, and sporting materials for the kids, they also played games with the kids and distributed some rice and candies among them. Lotten Zetterstrom also made a cash contribution from herself and one of her friends. Lotten and her husband lived in Yekepa where her husband worked with LAMCO in the 1960s. She was excited to be back in Liberia after more than fifty years, as she left Liberia in 1966.

Lena speaking at the program

Before their trip to the school, they had visited a few other places in Liberia, including Robertsport in Grand Cape Mount County, Yekepa in Nimba County and various places in Monrovia.

The guests (L-R) Lena, Minna, Zotten, Frida, Per, and Annaklara at the in-door program held inside the school building

They all have already safely returned to Sweden. We are thankful to them for their visit. We are also appreciative of the many gifts they brought for the school and the kids. 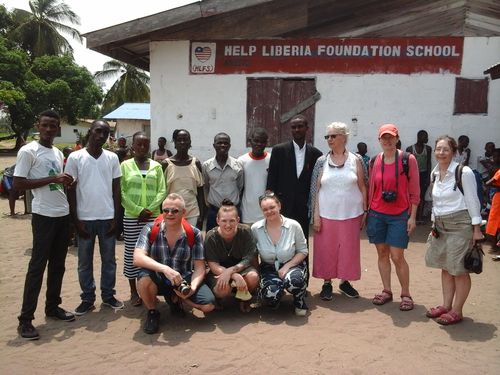 The guests and some of the staff

It is our hope that they will continue to remember the kids in the school.

(click on a picture below to see a slideshow).

The visitors and the kids doing some Swedish plays

The guests and some of the staff

The guests (L-R) Lena, Minna, Zotten, Frida, Per, and Annaklara at the in-door program held inside the school building

Staff members sorting out the items brought by the Swedish visitors 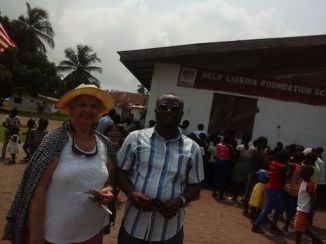 Mrs. Lotten Zetterstrom speaking at the short in-door program held in honor of the guests

Paul and the guests, excluding Lena 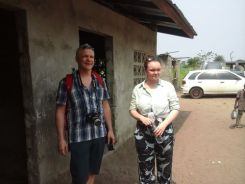 Per and his daughter (Minna) 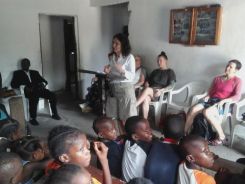 Lena speaking at the program

Lena distributing some rice she had bought for the kids

Kids playing games with the visitors

Kids interacting with the visitors

Kids interacting with the visitors

Kids interacting with the guests

Kids in jubilant mood on the campus

Guests interacting with the kids 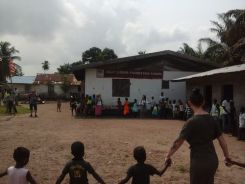