It is with great sadness and heavy heart that we, staff and students at the Help Liberia Foundation Community School in Buchanan, have come to both announce and mourn the death of one of our sponsors named Tauno Silander. He died at the age of 56 on February 8.

As you may recall, during the fundraising campaign for the annex construction, it was Tauno who purchased the fifteen (15) bags of cement needed for the construction. He was planning to render additional assistance to Liberia through Help Liberia Foundation Community School when his demise occurred. We are heartbroken. He was a real humanitarian.

He was originally from Finland, but he lived in Norway, where he also died. According to information, his heart stopped beating.

Tauno spent his childhood in Liberia where his parents lived and worked when he was a Kid. He lived in Buchanan for about 11 years – in the 1960s and 1970s. Most of those who knew Tauno Know that he loved Liberia besides being a compassionate person. 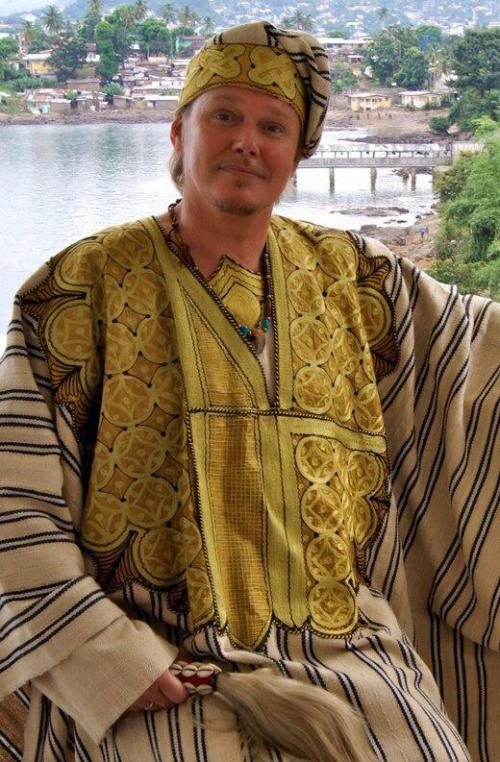 Lena Thorne-Marner: “Life is so short. This guy was a true Liberian; he spoke typical Liberian English just like a native. He had a heart full of love and kindness, and Liberia was always in his heart.”

It should be known, too, that Tauno’s humanitarian work was not limited to Liberia. He also supported other projects, including building or supporting schools/homes for amputees and orphans in Sierra Leone.

We remain profoundly grateful to him for his assistance to the children in our school, especially his contribution toward the construction of the school annex, but we are equally dispirited that he did not live to see the structure for which he so happily and generously donated. We will miss him.

May Tauno’s soul rest in perfect peace, as he goes home to rest with others that have gone before him.

Rest in real peace, Tauno Silander! You were a wonderful human being. We will miss you!

The Principal of Help Liberia Foundation Community School in Buchanan, Mr. Varney Gibson, got married on Saturday, February 14, 2015. He got married to Miss Theresa Davis.

The wedding took place at the N. B. Whitfield Memorial United Methodist Church, while the Reception took place at Charles Brumskin High School, both of which are located in Buchanan City, about five-minute drive from the school.

Mr. Gibson and his Groom men

We at the school wish Mr. and Mrs. Gibson all the best in their marriage home. 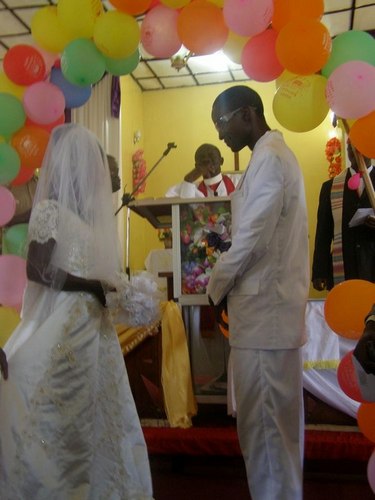 The Groom and the bride in the church 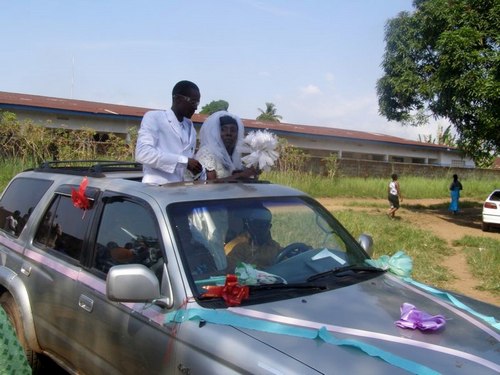 The Groom and the bride going on their honeymoon

Our school in Buchanan, Help Liberia Foundation Community School, is constructing a kitchen for its use, beginning this new school year.

The Vice Principal for Instructions, Mr. Andrew Garsuah, helping to mix the concrete

The construction, which costs less than $300, came about as a result of a serious requirement request by the World Food Program (WFP), which supplies the school with food rations periodically, indicating that a better and more durable kitchen must be built if the school is to continue receiving support.

Because we recognize how helpful WFP’s supply of food is to the school and the kids, we have prioritized the construction of the kitchen at this point in time, for there was information that HLF School could lose that opportunity. Before this year, the school had always used kitchens built of mats and sticks.

Construction of the school annex will follow, as our Swedish friends have sent the balance of the remaining funds to Liberia.

Many thanks to all those whose assistance is helping the school and the kids to have the necessary facilities.

Click on any of the pictures below to see a larger versions.

Mason measuring the dimensions for the structure

The Vice Principal for Instructions, Mr. Andrew Garsuah, helping to mix the concrete

Paul pretending to be building, as a parent watches