HLF School Purchases One Acre of Land For School Construction

The foundation has purchased a huge plot of land for the construction of a school building for the school in Buchanan, Liberia.

The plot of land, which was purchased a few months ago, and which has already been surveyed, comprises four lots – or one acre, which is about 4,000 square meters. The land was bought in a community called the Bassa Community (in Buchanan), which is an area not too far from the current location of our school.

It may be recalled that the school in Buchanan started operating in 2005 with about 30 students, using an unfinished residential building, which we have been renting from the owners for the past seven years. 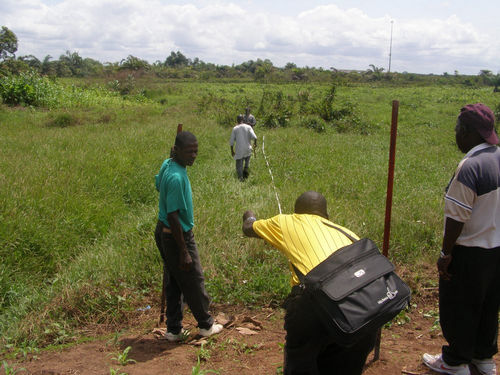 Our plan is to construct a 13-classroom school building in which the children will be transferred because we want to operate kindergarten, primary and junior high levels in the new building, if constructed. At present, the school operates only at the kindergarten and primary levels.

Some online volunteers – contacted through the efforts of Mary Smith of England, a very industrious partner of the school project – are helping to design the plan for the proposed building. The architects have completed the first phase, and they are working together to come up with a final plan based on the needs of the school and the condition of the land.