After spending Day One and Day Two at our school in Buchanan, the third and final day of their visit and stay at the school came on Thursday, March 28, 2013.

The day was characterized by mixed feelings – joy and sadness. Joy because it was a day of additional interaction and fun among the students, the staff and the visitors. But the day was also sorrowful because it was the day on which our visitors – Elisabeth, Marianne, Lena and Anders – would be ending their visit and leaving from Buchanan. 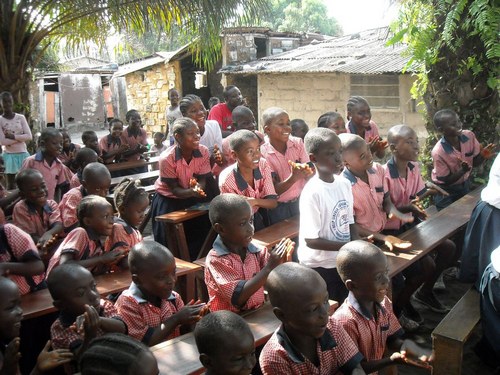 Kids excitedly responding to a Swedish play performed by our visitors

“We will miss you a lot, too. We have been interacting as if we have known one another for years,” said a female teacher. 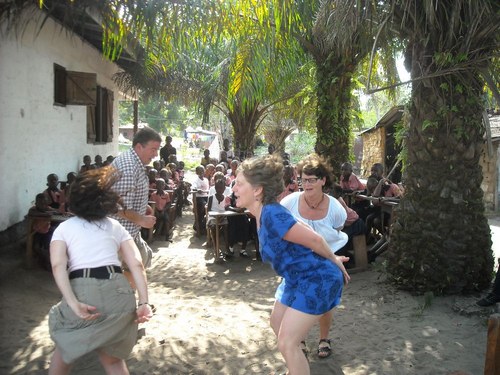 Our visitors doing a traditional Swedish play for the school

Anyway, we began the day with a series of activities, affording the school and the visitors to interact more before their departure. Additional games were played, songs were sung, farewell speeches were made, etc.

At the end of the activities mentioned above, the school carried out what is commonly referred to as “gowning” in Liberia. We attired the guests with African clothes – the ladies receiving African dresses, and the man receiving an African shirt. 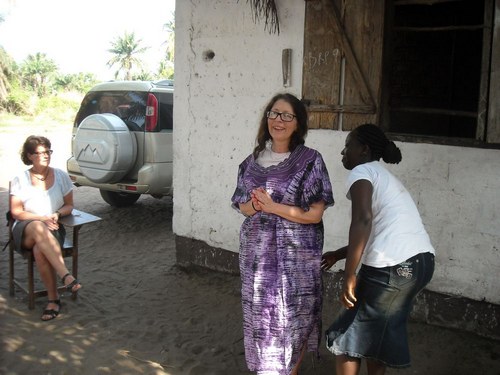 Each speaking after the gowning ceremony, our visitors thanked the school for honoring them in such a way and promised to remain friends of the school. It was a moving moment for each of our visitors, as some almost cried from emotions as they made their remarks after being gowned.

It is a tradition for Liberians to give Liberian names to their oversea visitors or guests at such an occasion. Therefore, following the gowning ceremony, the school gave Bassa names to our guests, and they are as follows: 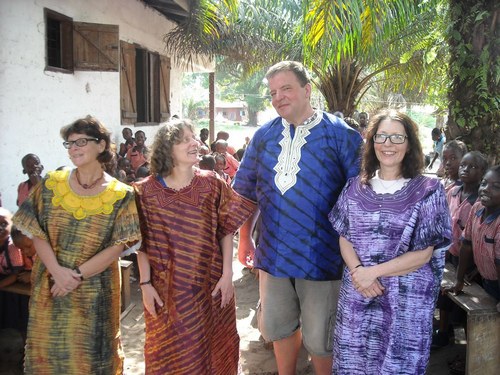 Our guests after the gowning ceremony

We are appreciative of the sacrifices Elisabeth, Lena, Marianne and Anders made to visit the school in Buchanan. Besides the expenses involved, there were other constraints they experienced concerning their trip. We expressed our sincere thanks to them all for making those sacrifices for the school.

Following the gowning ceremony, we entered the school building for a final meeting between the staff of the school and our guests, after which they departed Buchanan for Monrovia, spending about a week in the city before returning to Europe on Sunday, April 7, 2013. 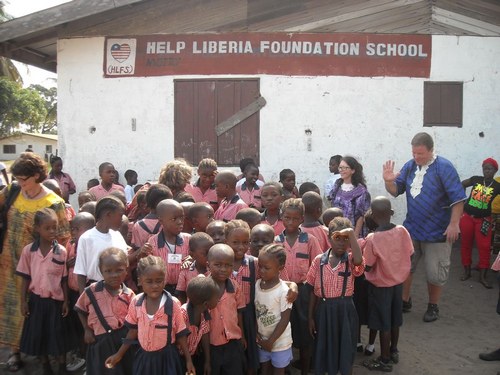 Our school’s doors are always open to Elisabeth, Lena, Marianne and Anders. Not only that. Our doors are also open to all other individuals who may want to visit or interact with our school.

Pictures from the day are below (click on any picture to see a slideshow).

Visitors showing the kids and the staff a Swedish play

Paul and Elisabeth after gowning her

Our visitors doing a traditional Swedish play for the school

Our visitors and kids posing at the school

Our guests after the gowning session

Our guests after the gowning ceremony

Marianne making remarks after being gowned

Kids excitedly responding to a Swedish play performed by our visitors

Anders making remarks after the ceremony, as Prince, the staff who gowned him listens

Elisabeth making statement after the gowning program, as Paul looks on