Our international contact persons in Europe and sponsors of the school and the kids, Lena and Anders, a Swedish husband and wife who have been assisting the kids since they came in contact with the school more than four years ago, arrived in Liberia for a one-week visit to the country they so love to come to. 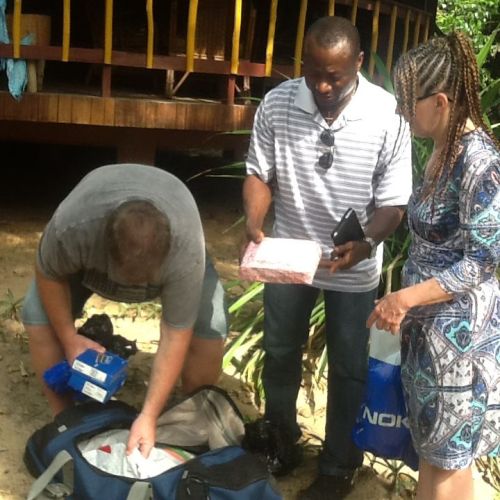 Anders unpacking the items for delivery to Paul at Libassa, as Lena with her Liberian hair plait looks on

Lena and Anders, who arrived on April 10, came with a team that wanted to undertake a project in Liberia.  Because their one-week schedule was very tight, they were unable to visit the school and spend some time with the kids and the staff, as they had always done. Notwithstanding, they turned over to Paul the items they brought with them, including things they themselves brought and those donated by others. They also brought special gifts from Swedish sponsors to the kids they sponsor in the school. 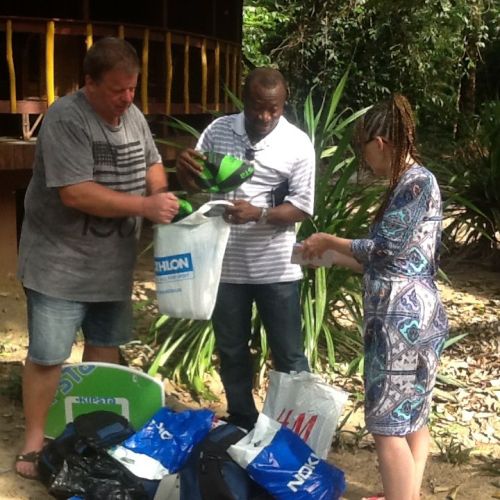 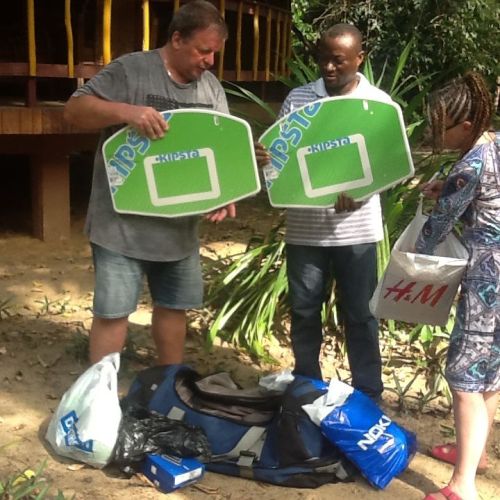 Anders and Lena showing Paul the items they have donated

Paul received the items from Lena and Anders in Libassa Ecolodge, a jungle-like resort area located by the sea in Marshall. It is a must-see area that Paul, as well as Lena and Anders, would encourage travelers to Liberia to spend their summer vacation. 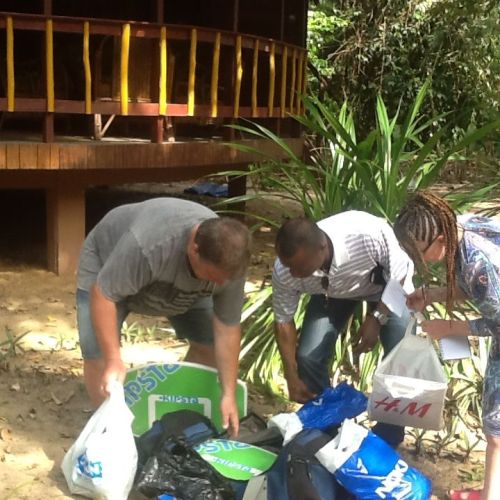 Anders, Lena and Paul with the donated items

Anyway, Lena and Anders left Liberia for Sweden on Sunday, April 17, but they plan to return to Liberia in November, at which time they will visit the school and interact with the kids and the staff. 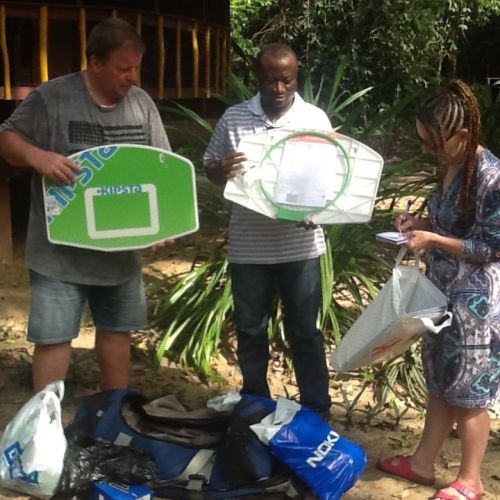 This entry was posted in Uncategorized and tagged children, education, Liberia, school, Sweden. Bookmark the permalink.